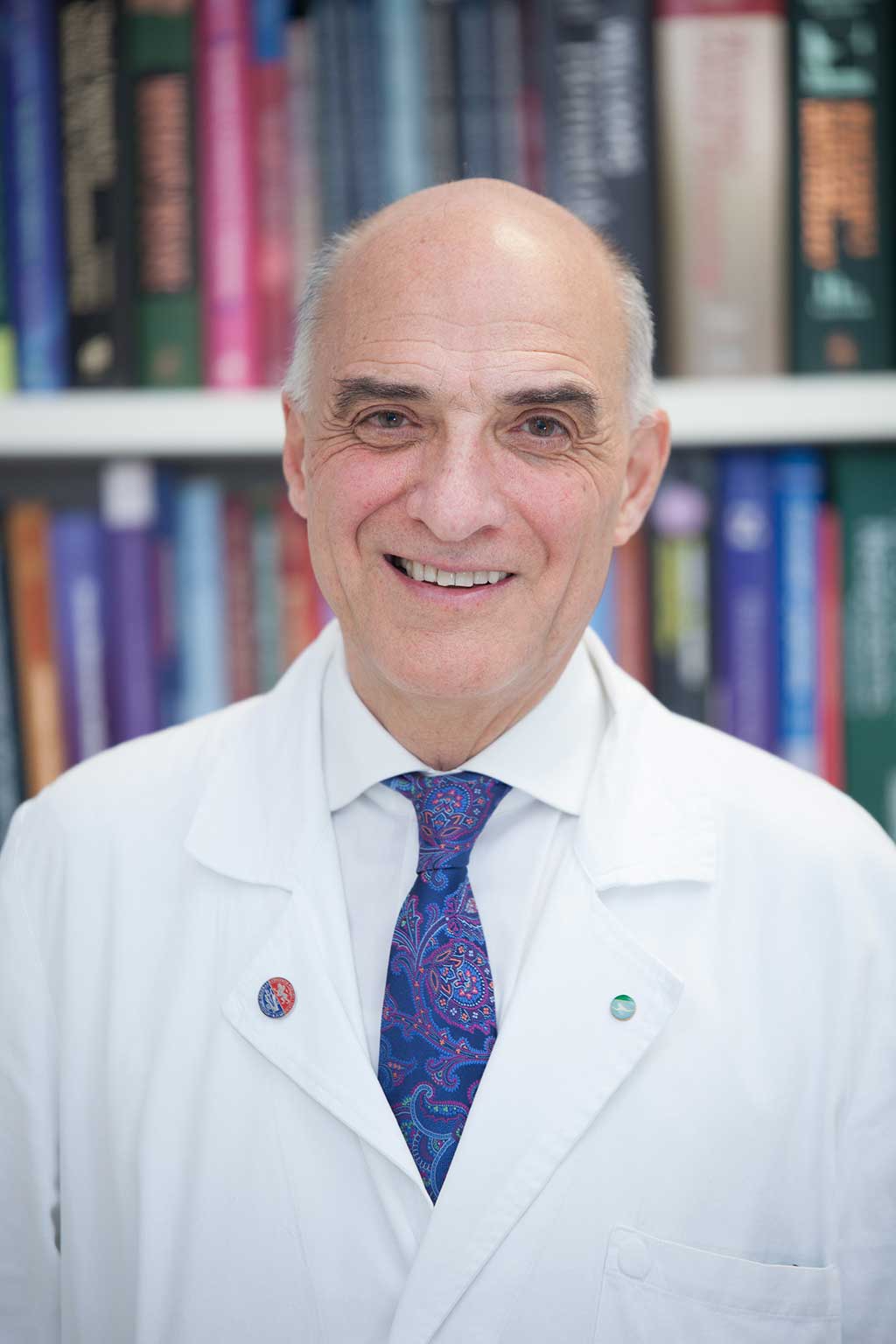 Brunangelo Falini, M.D., is the head of the Institute of Hematology at the Medical School of Perugia University, Perugia, Italy. He received an M.D. degree and completed his residency in Internal Medicine at the University of Perugia. Then, he trained for one year (1980-1981) with Robert J. Lukes on the immunological classification of human lymphomas  at the University of Southern California, Los Angeles, and worked for 2 years (1982-1984) with David Y. Mason on the generation of monoclonal antibodies against lymphoma- and leukemia-associated antigens at Oxford University.

During his scientific carrier, Prof. Falini made important contributions in the field of lymphomas and leukemias by generating novel  monoclonal antibodies directed against proteins encoded by genes involved in chromosomal translocations, by contributing to develop the modern classifications of lympho-hemopoietic neoplasms (REAL and WHO), and by applying the first anti-CD30 immunotoxin for the therapy of refractory/relapsed Hodgkin lymphoma.

In the past 15 years, Prof. Falini made the seminal discoveries of nucleophosmin (NPM1) mutations in acute myeloid leukemia  and BRAF-V600E mutation in hairy cell leukemia. By discovering NPM1 mutations, Prof. Falini not only identified a new mechanism of leukemogenesis based on the altered nucleo-cytoplasmic trafficking of NPM1 (a nucleolar protein) but  successfully built on his findings to translate them into clinics, contributing to define a new disease category in the 2016-WHO classification of lympho-hemopoietic neoplasms and to demonstrate the value of NPM1 mutations in predicting outcome of AML patients and in monitoring of minimal residual disease. Thus, searching NPM1 mutations is currently recommended as a critical step in the molecular work-up of acute myeloid leukemia patients. At present, Prof. Falini’s work is focused to understand how the NPM1 mutant causes leukemogenesis and in translating this information to develop new anti-leukemic agents.

In 2011, his group also discovered the BRAF-V600E mutation as the causal genetic event of hairy cell leukemia, which leads to transformation through the constitutive activation of the MAPK pathway. Prof. Falini’s group rapidly translated this landmark discovery from bench to the bedside, by setting-up the first molecular diagnostic assay for hairy cell leukemia and demonstrating the clinical activity of the BRAF inhibitor vemurafenib (alone or in combination with an anti-CD20 monoclonal antibody) in patients with refractory/relapsed  hairy cell leukemia.

Prof. Falini’s work represents a paradigmatic example of translational research activity, as also testified by the fact that his breakthrough discoveries influence the every day practice of many researchers and clinical hematologists and have a great impact on the lifes of the leukemia patients who are now diagnosed more accurately and can benefit from more rational therapeutic plans based on risk stratification according to genetic factors and, in some instances, even on molecular targeted therapies.

He has received many awards, including The “Jose’ Carreras Award” from the European Society of Hematology (EHA) in 2010, the “Karl Lennert Medal” from the European Association for Hematopathology in 2012, the “Leopold Griffuel Prize” in translational medicine from the French Association for Cancer Research (ARC) in 2015, the Guido Venosta prize from AIRC/FIRC in 2015, The “President of Italian Republic” prize from the Accademia Nazionale dei Lincei in 2017 and the prize for “Excellence in Medicine” from the American Italian Cancer Foundation (AICF) in 2017.